Here are some key ideas about how work identities are changing.  The external resources and study materials we’ve chosen here relate to the following ideas, suggesting practical steps for handling change. As you read these materials, think about these ideas in relation to your own experience of changing identities.

1.    Identities draw on the stories we tell, the meanings we make and the context of our work

Identities at work are the meanings attached to an individual by the self and others and are displayed in our attitudes, behaviour and the stories we tell about ourselves both to ourselves and others. 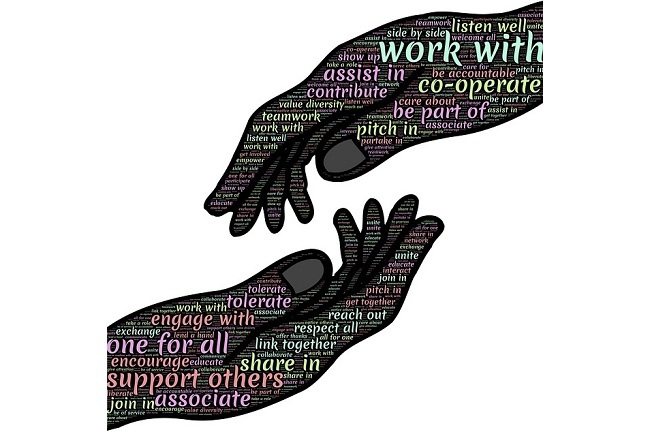 Your work identity is unique to you as an individual.  At the same time, it exists as part of bigger patterns, typically within particular work organisations. Ideally, you’d want your personal and professional identities to line up, but that isn’t always the case. Has your work organisation changed the way it defines your role? Does this match up with how you see yourself?

For example, do you see yourself as a counsellor, coach or adviser?  How does your job title compare with other professionals contributing to this conversation?

Has a job ever given you a sense of career stability? A century ago John Dewey (1916) talked of occupation as giving direction to life’s activities, providing continuity and a sense of ‘home’ with clear psychological, social and ideological ‘anchors’ and benefits.

Do you have an occupation which gives you a sense of an ‘anchor’ or a sense of identity?

In the distant past societies largely determined the social status of individuals, and constrained choices so that an individual’s place, expectations, rights and responsibilities in relation to work were broadly known. Everyone knew what to expect if they followed particular paths, as they worked within a system that offered relative stability and security.  Even 70 years ago Erich Fromm (a German social psychologist, psychoanalyst and humanistic philosopher) was arguing that in the USA the processes of individuation meant ‘the individual was left alone; everything depended on his own effort; not on the security of his traditional status’ (Fromm 2001/1942, p. 51).  His thinking was developing just as occupational choice became more complex.

Do you feel that you must struggle alone to build your own career – or that you can simply follow a recognised pathway?

Riesman and colleagues (1961/1950) believed that in modern societies  ‘other directed’ characters were becoming predominant over ‘inner directed’ characters. This occurred particularly in the American context.  The increasing ‘other directedness’ of many individuals served to highlight the need for recognition by others in identities at work. This can also play out for example in social media, where there can sometimes be a greater concern to be reassured that people like me than the concern to make my way in the world of work.

Do you think this trend applies in Europe as much as, for example, in the United States? Do you feel you need recognition from others that you are doing your job well?

As a result of adverse labour market conditions and structures, young people are having to take a longer time before meaningful occupational or work identities are established.  These extended transitions mean that young people may have an identity attached to their current work, but also an ‘identity in waiting’ related to the occupation or field for which they are trained. In Hollywood films, the classic example would be the trained actor waiting on tables until he or she gets the breakthrough audition. Labour market data show that the most common destination for trained dancers in Norway is working in retail! In many other settings, especially in Southern Europe, people may be working in temporary positions or working outside the sector in which they are trained for may years, but still identifying with the occupation for which they are trained and hoping that they may get an opportunity to translate their ‘occupation in waiting’ to the real thing. 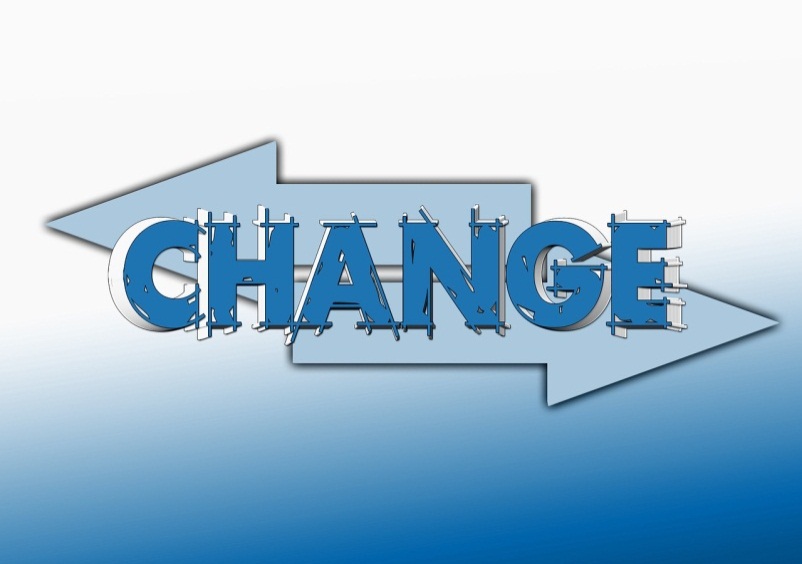 3.     Our work identities are strongly influenced by the degree of challenge in our work activities and through interactions with others

Learning is generated through engagement with (changing) activities at work. Individuals’ occupational identities also start to change, partly in response to how the individual engages with both work activities and colleagues, but also in response to reactions of others, when they recognise an individual’s developing expertise.The recognition of significant others can come from colleagues in the immediate work group, institutionally from work and/or an educational institution or from a broader (occupational) community of practice.

Is your view of your own expertise dependent upon the reactions of others?

The diagram below maps out how individuals interact with their others and their work activities in order to develop their work-related identities (Brown, 1997). 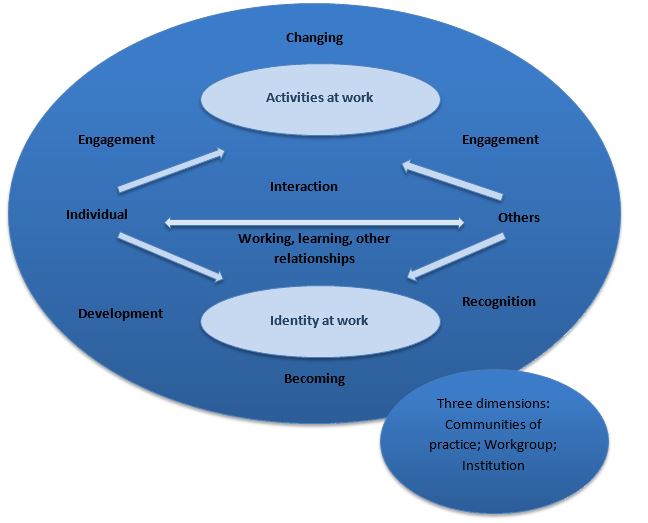 4. How well do identities at work fit with your other identities or personal characteristics?

Identities at work also may or may not mesh well with other aspects of your identity related to, for example, gender, ethnicity, politics, religion or socio-cultural issues.

Personality too plays a fundamental role in identity development. Personality traits such as openness to experience (how curious or cautious an individual typically is) and conscientiousness (how well-organised or easy-going an individual typically is) are likely to inform at some level how people approach their work, learning for their work, and their willingness to change career direction (Furnham, 2008). Other traits such as extraversion, agreeableness and neuroticism could also be included, but their very generality means they are not very powerful on their own in explaining actual behaviour as are lower-level traits, such as anxiety, assertiveness, compliance and deliberation. This paradox then poses a challenge in how to support learning and identity development at work.

On the one hand, the value of learning for self-understanding means that people could benefit from understanding more about their personality type, particularly if it is used as a starting point for an individual in seeing how certain under-developed aspects of one’s personality could be strengthened. On the other hand, having someone tell you that you need to change aspects of your personality can be toxic: a major identity threat in itself, because it is very hard to do. Personality influences how work-related learning and identity development play out, but how this insight can be used to support learning needs to be handled sensitively. 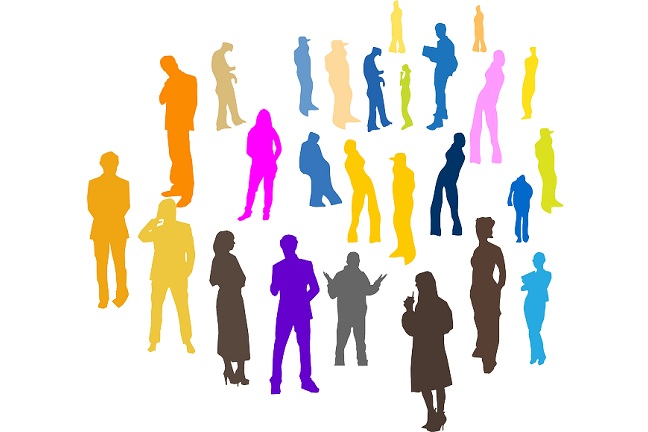 5. Can you tell your own career story or help others tell theirs?

Giddens (1991) argued that “a person’s identity is not to be found in behaviour, nor—important though this is—in the reactions of others, but in the capacity to keep a particular narrative going” (p. 541). This means that individuals’ identities at work are now more loosely coupled to their roles in relationship to family, leisure, citizenship, democracy and so on. This means that there is greater scope for choice in relation to outcomes, but that the processes, including learning, at work in the construction of identities at work are similar to those processes in the development of identities outside work. Individuals “must continually integrate events which occur in the external world, and sort them into the ongoing ‘story’ about the self” (Giddens 1991, p. 541), so they may wish to align narratives in their work and non-work in order to create a ‘common story’ or indeed develop narratives where different aspects of their lives are kept largely separate. It is the processes of identity development in different realms of our lives which transfer: identity as narrative means we have to negotiate between the personal and social in all areas of our lives in order to create our own ‘stories’.

Do you feel you have a clear narrative for your career story?

Video: Gianpiero Petriglieri, from INSEAD, explains what we can all learn from artists. The Art of Career Development: Role of Expertise, Meaning, Courage and Congregation.

Personality and identity: Myers–Briggs Type Indicator (MBTI) videos: How To Predict Your Future By Knowing Your Personality Type; Thinkers vs Feelers – not either/or preferences; emotions not same as feelings; Material on the 16 types. For example: The Best INFP Career Choices; The INTP Personality Type;

Giddens, A (1991), Modernity and self-identity: Self and society in the late modern age. Polity Press, Cambridge.

Working Well With Others

Supporting Your Learning and Development

The Changing World of Work